WHY OHMS AS A COMPANY NAME?

Is the owner’s last name Ohms? Do you mean Homes Electric?  These are just a couple of the numerous questions we have been asked, so I thought that my first blog post should address our unique moniker.

Ohms Electrical Services was opened by Tommy and Toni Skaff in 1981, and Toni took to the task of creating a company name that would stand out and create attention, and those numerous questions. Because as long as people are talking about you, your name is out there.

So, Ohms Electrical Services was named for Georg Simon Ohm:

Georg Simon Ohm, more commonly known as Georg Ohm, was a German physicist, best known for his “Ohm’s Law”, which implies that the current flow through a conductor is directly proportional to the potential difference (voltage) and inversely proportional to the resistance. The physical unit of electrical resistance, the Ohm, also was named after him. 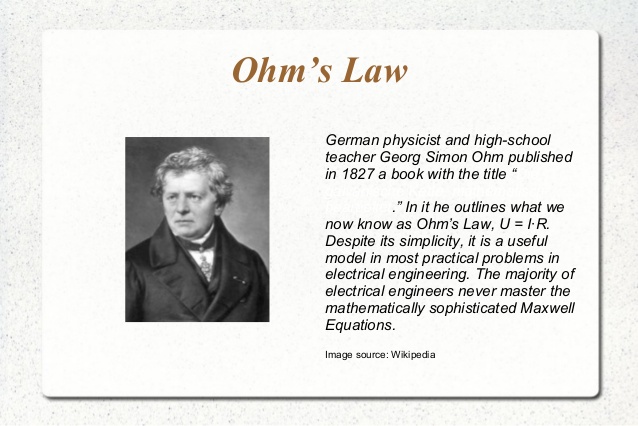